Notes on an Ariadne

That the Met's revived Ariadne auf Naxos fails is no surprise: the house hasn't succeeded with the piece since at least the Norman days. What may be remarkable is how much individual success fails to add up in this current run.

La-la la-la-la la-la
Susan Graham, for one, comes off well: in phrase and manner she's an exemplary Composer. But for a mezzo in a soprano part -- one premiered by Lehmann & likely perfected by Seefried (something, one might say, like the Dorothea Röschmann of her day) -- crucial vocal shows of his character are a trial. The rapt, easy improvisation of "Du Venus' Sohn" plainly contrasts with the storm and stress of the Composer's outer life; it falls flat if his Gs and As, too, are strained. On Saturday Graham negotiated this remarkably well, in fact floating a beautiful sweet piano at the climactic "Gott". But this time the barrage of impassioned high notes (up to B-flat) that closes the Composer's big moment -- his mini-ode to music -- came out less fluently, hit rather than savored or shaped. Her past Octavians suggest possible improvement in this later in the run; still, this was a very good performance... for a mezzo.

Eine unter Millionen
Ariadne is tricky for anyone; while the second half of the part is a Wagnerian shouting match with Bacchus, the first -- her two arias -- calls for an altogether more delicate sensibility. And it's the first part that sets out her character, and indeed the ground of the whole opera.

Historically and on record, Ariadne's done best with Marschallins -- lyric sopranos of character who could cope with the finale, if not necessarily dominate it. Janowitz, della Casa, Reining (short breath and all)... In their hands the arias are spellbinding, and the rest simply follows. But that sort of casting is improbable at the Met, where big voices are prized.

And Violeta Urmana gives a very good performance for the dramatic soprano she is. The voice has more color than I last remember, and soars pleasingly over the orchestra at volume. She hits the jump to piano B-flat in "Ein schönes war," and perks up excitingly at Hermes' imagined approach. But this latter crescendo of excitement is almost it for vocal characterization; as good a singing actress as she can be in Wagner, Urmana doesn't appear to function on the fine-grained detail level where Strauss characters appear.

Sie atmet leicht
Physically, there's a pleasing firmness to Urmana's bearing that puts her above, e.g., the deeply unsatisfying Voigt; one can with some squinting see the regal in it. But it's undermined by the stage business between Urmana and Diana Damrau, the production's Zerbinetta. Whether by decision of Urmana, Damrau, and/or one of the stage directors, the former doesn't, as per Hofmannsthal's directions, just ignore the latter in this pageant of mutually symmetrical incomprehension. (Ariadne is silent, Zerbinetta chatty, but neither ever grasps the other.) Instead Urmana plays Margaret Dumont as Damrau gestures, wiggles, and plays tug-of-war with Ariadne's shawl. But why? Damrau's monkey business and Urmana's exasperated reactions belong to the "real" world of the prologue, where everything rubs together to comic effect. Here, despite Ariadne's complaint, the magic of artifice lets two incompatible modes appear not in conflict but in simultaneous whole existence on a stage. --A sort of moral-philosophical stereoscope. To pull Ariadne from her autonomous path with Zerbinetta's stage business misses the point.

Ein Blick ist viel
So we don't get a very clear sense of the princess' side of the business. Zerbinetta, on the other hand, comes through quite strongly. Damrau wields a stronger- and richer-than-usual Zerbinetta voice and has no trouble with this technical obstacle-course. And her lively stage personality very much suits the part... no wonder she got by far the largest ovation. And yet the singing (as distinguished from her charming acting) lacks even a drop of tenderness: a sonic heartlessness matched by the also-debuting Christopher Maltman as Harlekin. (Though somewhat at odds with the refreshingly lyrical Dancing Master of Tony Stevenson.) This, however, seems of a piece with the revival's focus.

*     *     *
In 1999 I heard a Lyric Opera of Chicago broadcast of this piece that featured the easiest, most youthfully glorious-sounding performance of Bacchus ever recorded. Debuting here now six-plus years later, Jon Villars shows more strain in the part, but nothing that breaks the opera's spell. Nor for that matter is the clear-textured but routine conducting of debutee Kirill Petrenko cause for (much) worry.

There's much good overall -- I've not yet mentioned Thomas Allen's humane Music Master -- but the "mystery of life" fails to make its promised appearance. I'd love to hear a Damrau Lulu someday though.
Posted by JSU at 5:46 AM 5 comments:

This post will link all my commentary on the 2005-06 Met season.

What do you call a bunch of big-name stars going through the motions?

What else but Opening Night.

It's always a risk with a gala in this potpourri format -- the last two seasons' Verdi openers have been much more interesting -- but having two headliners who don't seem to care much for the house doesn't help. (Yes, I hold a grudge for this, as I'm sure she does for that wig.) What worked? Graham's Cherubino. Marco Berti's thrilling yells (who is this guy?). Some other parts, but little on the whole.

Looking ahead, I've thought that this upcoming Met season is the most consistently- and best-cast in a long time, despite the lack of exciting novelties. But the spirit of routine could sink all that too, if we're unlucky.


UPDATE (9/24): This, however, seems a fair evaluation of some unfair criticism. Gheorghiu's instrument is lyric -- it doesn't cut into one's ear -- but very clearly audible as Tosca nonetheless.
Posted by JSU at 4:22 PM 1 comment:

The local opera season begins in earnest Monday. It seems I'll be there; the moral and physical ailments that threatened to keep me sidelined have, apparently, receded.

*     *     *
Being inside an event -- opening night, or any performance worth anything -- feels a liberation from time, but just observing that one's taking place makes for unease.* Who can digest Opera-L reports in one's offseason, or search through dozens of schedules every few weeks? Well, some. Perhaps operablogdom's readership depends on them, who don't feel this bite of regret in each event whose call to attention one may not -- can not, for we are mortal -- heed.

I do, though. For other New Yorkers who share my reaction, the site I blogrolled last week may make scheduling minimally painful. A unified city calendar! Long overdue.

Two thousand and one 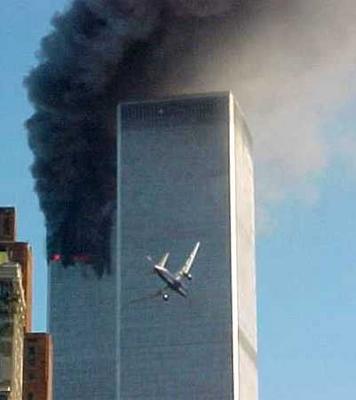 Was it, I wonder, director Stephen Lawless, costume designer Ashley Martin-Davis, or indeed soprano Pamela Armstrong herself who decided to present her (Capriccio) Countess as a dowdy depressive? Mr. Martin-Davis at least draws from it two 'Act*'-closing costume-change coups de theatre: the latter is really striking, enough so that one might forgive the original error... if that were just a costuming matter. But this Countess remains in manner as she begins in dress: neither bright nor composed nor particularly attractive, but -- as a friend put it -- 'like a woman going through menopause.' There's a pathos of its own to it, as every slight bit of mood-lightening shines in her cloud of gloom, but it's not Strauss.

Strauss comes off best anyway. City Opera provides an uncharacteristically satisfying** top-to-bottom cast. (Was it the joke of City Opera's administration to make this performance -- honoring Paul Kellogg's 10th anniversary with the company -- center around La Roche? Halfvarson quite overwhelmed the reduced Countess.) Manahan's orchestra admirably conveys the sense of the piece, and the production generally works. That Armstrong has been too long to the School of Fleming (who despite her glorious voice makes a hash of every Strauss character), and that the production shows less and less sense after that last striking bit of costume, is unfortunate but not the story. I'll go back.

As for the opera, that's another post -- or book -- but Tomassini seems to me to miss the point by saying 'Music wins, hands down.' For Strauss it's neither words nor music that are first; first -- and last -- is the eternal-feminine.


* The opera has no intermission, but the house stuck one in at the serving of chocolate.
** Caveat: due to its varyingly-(and secretly-)employed electronic acoustic "enhancement" system, City Opera is a poor place to evaluate singers. Performances there may, in fact, even be off-topic.
Posted by JSU at 4:30 AM No comments:

Lest this burst.
Posted by JSU at 5:24 AM No comments:

A subset of a subset

I suppose I'm one of relatively few upset that this got rescheduled for the same night as this.

(Not that there aren't larger issues implicated.)
Posted by JSU at 12:24 PM 1 comment: