Nico Muhly's much-lauded and -promoted piece isn't all bad -- there's about half an act of impressive music. But it's not very operatic, and the libretto stinks.

The good has been much praised, and accords with Muhly's pre-operatic experience: the choral interludes, mostly in the first part... sonically interesting, well-constructed, etc. But they carry no drama, and Muhly seems to shy away from more individual writing elsewhere. For named characters he does nicely emulate the po-faced dryness of classical recitative, but the personal, moment-seizing expression of aria appears -- unfortunately -- not at all.

If the music is a mix, the drama is all bad. 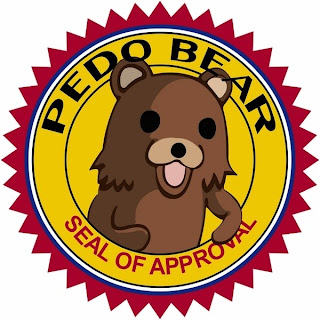 Craig Lucas (librettist here) is no stranger to writing for the stage -- his work over the decades spans plays, musicals, and screenplays of more than a little success. But this piece seems more the result of a bet or dare than a considered attempt at operatic drama. How -- the creators might have jokingly speculated over a boozy brunch -- how might one present child sex on stage without getting in trouble for it? Well, one would make the child the aggressor, of course, and the adult in law barely one in fact. One could then smokescreen with suggestions of adult-adult sex, gross and explicit ones at that. And then at last the deed... well, must (even if pointedly) black it out, though the figures remain on stage from before to after. And if any complain? Ahh, a true story. Can't argue with truth!

In fact the above circumstances and arrangements do substantially blunt the issue... but it's still, inescapably, a story centered around child sex. And all the qualifiers are neutralized and more by the actual presentation on stage: the younger (13-14 in actual life) is played by a boy soprano who looks about ten, while the elder (16) -- here played by debuting tenor Nicky Spence though from all accounts Paul Appleby's presentation in the rest of the run wasn't materially different -- is made up unmistakably as the 30something he is, in this case rather resembling Philip Seymour Hoffman circa Happiness. Utterly repellent.

Perhaps even more offensive is the libretto's half-baked affront to storytelling. The overall setup of the show in the middlebrow form of the age -- police procedural -- could actually have gone somewhere. But what starts out as a dark, hyper-serious procedural in the vein of The Killing and Broadchurch spontaneously and inexplicably transforms midstream into an episode of Castle, as the detective's batty mother gives her the big climactic clue to the case. On seeing this bathetic turn I didn't know whether to laugh, facepalm, or spontaneously boo. I suspect all three at once would have been the proper response... could a vet like Lucas have actually meant this seriously? (But if not, what was such a joke doing in this show?)

The piece's transposition of the action backwards a year and a half from its real-life date -- from late 2003 to early 2001 -- is an odd sideline. 2001 was many, many years into the A/S/L era, and a year after the AOL-Time Warner merger that put the burgeoning internet into headlines everywhere. It hardly seems long enough ago to qualify as the halcyon era of ignorance.
Posted by JSU at 11:20 AM