Five years in the new world 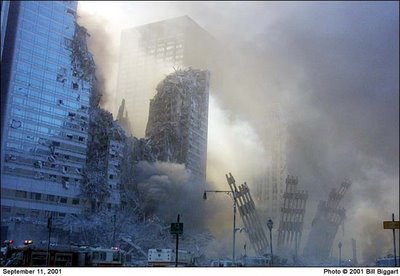 Three hundred and sixty-four days a year draw us "on topic", to our niches of work, friends, home, and habit -- the lives we build for ourselves in this elaborate, largely predictable framework that's civilization. But today one can't avoid the abyss over which we've lived for years, which materialized wholly and unmistakably five years ago. 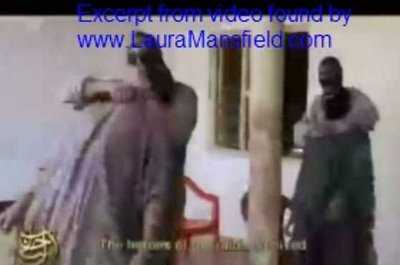 That day's Islamic terrorists rehearsed the gruesome small details to enact the gruesome large ones, in deliberate acts that were no "tragedy" (nor, of course, "art") but mass murder -- crimes, acts of war, abomination -- and a sick fantasy enactment of "martyrdom".


Many cheered -- quite literally -- both abroad and, yes, even in New York.

*     *     *
Those who would enact more such horrors, those who would fund them, and those who would cheer: all still plague us. The next shoe that drops may be worse, much worse. We are neither collectively helpless nor, I think, doomed, but I suspect the natural reflex to avoid looking down at what horrors could be has dulled our true sense of things. And the more likely such horror looks, the stronger that reflex.

It will be a long road before we can afford to, even for a while.


UPDATE: The last embedded video I had put up seems to be overloaded, so I've unembedded it for now. It can be found here when the server recovers.
Posted by JSU at 9:03 AM